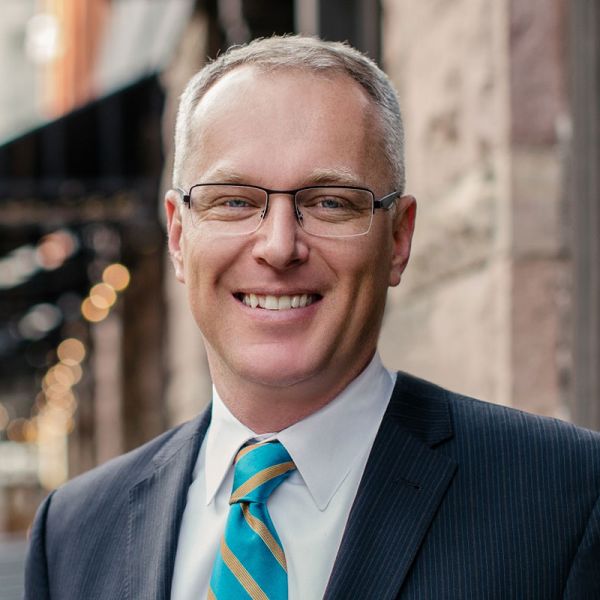 (303) 396-6147
This email address is being protected from spambots. You need JavaScript enabled to view it.

Pro Bono Volunteer for the U.S. District Court for Colorado’ Federal Limited Appearance Program (FLAP). Founding Board Member of Innovation Corridor Foundation (Jan. 2019), a partnership between NREL, UCAR, the World Trade Center, the City and County of Denver, and public and private entities, formed to foster and facilitate technology and industry in the greentech, renewable energy, and supercomputing/AI spaces.

Kieran Lasater is a Partner at Sparkman + Foote LLP, where his practice focuses on Commercial Litigation, Intellectual Property Disputes, Cannabis Law, as well as Auto and Powersports Dealer Representation.

Kieran takes pride in representing his clients, which range from individuals to small and large companies, through counseling and in various disputes, including breach of contract, trademark disputes, trade secret claims, non-compete and non-disclosure issues, real estate disputes, before the Motor Vehicle Dealer Board, and in general business disputes. When engaged prior to litigation, Kieran counsels his clients in risk mitigation and avoidance, as well as dispute resolution, in an attempt to minimize exposure and expense.

If litigation is required, Kieran aggressively represents his clients in vindicating or defending their rights and interests in Colorado state trial and appellate courts, before the United States District Court for the District of Colorado and the Tenth Circuit Court of Appeals, as well as the United States Patent and Trademark Office’s Trademark Trial and Appeals Board (TTAB). Kieran’s litigation experience includes breach of contract claims, trade secret claims, trademark disputes, real estate disputes, employment matters including non-compete and confidentiality disputes, libel, Colorado Consumer Protection Act claims, and many others.

Kieran is a member of the Colorado Judicial Institute.  He also is a Founding Board Member of Innovation Corridor Foundation (Jan. 2019), a partnership between NREL, UCAR, the World Trade Center, the City and County of Denver, and public and private entities, formed to foster and facilitate technology and industry in the greentech, renewable energy, and supercomputing/AI spaces, among others.

He is a Pro Bono Volunteer for the U.S. District Court for Colorado’s Federal Limited Appearance Program (FLAP) and also is a former member of the Board of Directors of the Colorado Intellectual Property American Inn of Court, where he chaired its Mentoring Committee.

Kieran is a peer reviewed AV Preeminent attorney by Martindale-Hubble and has been named a Colorado Super Lawyer® - Business Litigation 2020, 2021, and 2022.  He was named a Colorado Super Lawyer Rising Star each year from 2010 through 2016, an award reserved for 2.5% of attorneys under the age of 40 or practicing ten years or less.  Kieran was also named a runner up in 2010 for Up and Coming Attorneys by Law Week Colorado.

Kieran holds a Bachelor of Science in Administration of Justice from the Pennsylvania State University, as well as a minor in Sociology, and a Juris Doctor from the Dickinson School of Law of the Pennsylvania State University, where he was named to the Woolsack Honor Society (top 15% of class). During law school, Kieran served as a law clerk to a trial court judge for two years, and was the Executive Editor of the Penn State International Law Review, where his comment, A Survey of the Domestic Approaches to Antitrust Taken by the OPEC Member Nations: Do They Practice What They Preach?, 23 Penn St. Int’l L. Rev. 413 (Fall 2004), was published.

Co-Author—Ethical Considerations When Advising a Business Regarding Marijuana-Related Activities, Inside Scoop, Inside Counsel, October 15, 2015.

Co-Author—Ethics of a Lawyer’s Use of Marijuana, Inside Scoop, Inside Counsel, October 1, 2015.

Co-Author—Marijuana in Colorado, DC and Beyond: A Legal Overview, Inside Scoop, Inside Counsel, September 17, 2015.

White Paper, The Dish on Dish Network—Examining One of the Colorado Supreme Court’s Biggest Cases (2014).

White Paper, Trademarks and the Conflict Between Nominative Fair Use and Initial Interest Confusion (2014).

Co-Author, When All Else Fails—Discovery Within the Administrative Agency-Federal and State (Pennsylvania Bar Institute, 2007).

Kieran A. Lasater, Comment, A Survey of the Domestic Approaches to Antitrust Taken by the OPEC Member Nations: Do They Practice What They Preach?, 23 Penn St. Int’l L. Rev. 413 (Fall 2004).

Presenter: “Hiring and Recruiting Employees While Staying in Compliance with the Law,” Council on Education in Management, sponsors of the program: Untangling the FMLA, ADA and Workers Compensation Overlap, August 14, 2006, Harrisburg, Pennsylvania.

NOTICE: Information presented on the Sparkman Foote LLP website is general information only; it does not constitute legal advice to any reader and you may not rely on it as legal advice. No communication to the firm or any of our attorneys through this website or by email is subject to attorney-client privilege, unless we have first established an attorney-client relationship with you. An attorney-client relationship may be formed only by a specific agreement between one of our attorneys and the person or entity seeking to be a client.